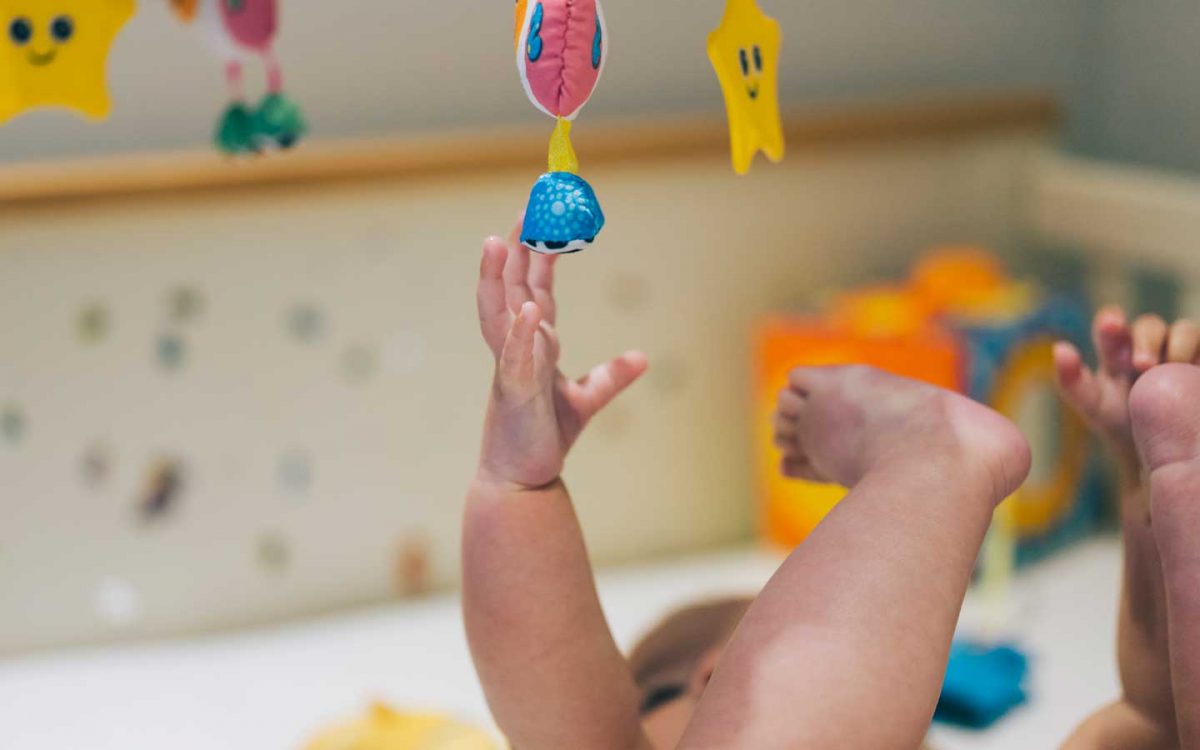 Have you ever noticed your baby explores and plays with a toy in one hand whilst their other which is empty is doing the same movements? or you may have noticed it when your toddler is trying to use scissors for the first time (or few times). This is called mirroring. It is due to the pathways in our brain that send the movement messages to our muscles sending lots. This overflow of extra messages gets sent down the track (nerve pathway) that crosses over from the one side of the brain (right hemisphere for example) that controls the opposite side (left hand) but has 10% of the track going down the same side (to the right hand). You also get it from one half of the brain talking to the other half (right side sending a message to the left side of the brain via the corpus callosum). This mirroring tends to be more noticeable when we are challenged, doing something that is really new or tricky.  When infants and children become more skilled at the task the mirroring stops. The brain doesn’t get as excited and it sends a stopping signal “hey you don’t need to waste your energy doing that, your other hand is great”.  We most frequently see it in infants and toddlers with it generally disappearing by 11 years of age.

Our practice philosophy is to promote strength and development through play and exercise. We provide a holistic and comprehensive approach that is backed by clinical experience. We can create a tailored individual program to be implemented at home, childcare or school to help meet your child and family’s goals.